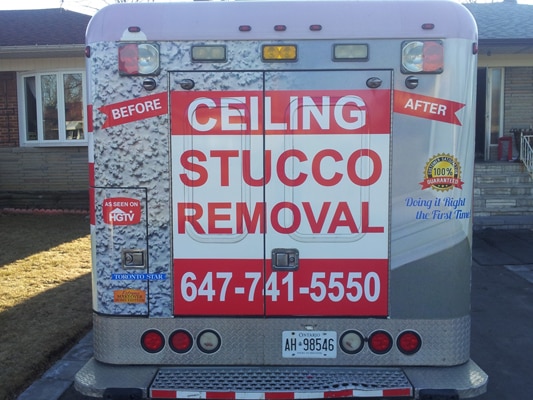 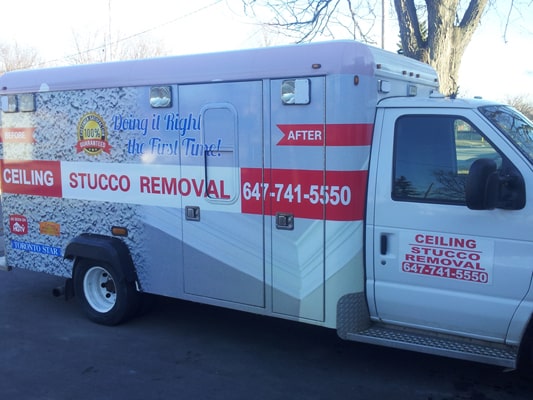 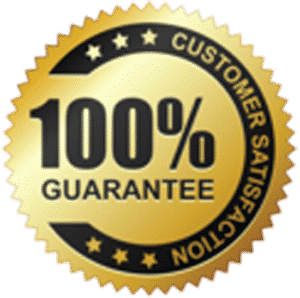 Acoustic ceilings became a rage in Ajax in the middle of the twentieth century. The reason was that the ceilings were absolutely good in reducing noise from the outside penetrating inside the house and vice versa. It is easy to detect popcorn or acoustic ceiling, as the textured material gives the roof a bumpy look. Also called stucco ceilings, or cottage cheese ceilings, many homes in this part of Canada that were built between the 1930s to the 1990s were made with this type of ceilings.

This type of ceiling was also good to hide any imperfections that existed in the ceiling construction. It was cost-effective too. However, it was later found that the main constituent of this type of a ceiling was asbestos that is used for binding the popcorn ceiling mixtures. It got banned first in the US.

Ceiling Specialists is a top-notch ceiling removal specialist in Ajax with experience and expertise as two of our biggest strengths. Being a part of the industry, we use pioneering techniques and advanced tools for the work. Our action plan is designed and executed in a way that there are negligible risks with safety and security a focus area for us.

Give us a call us at 647-741-5550, and we’ll be happy to arrange a visit to your home and give you a complimentary detailed estimate in writing. Alternatively, you can complete our quote form and we’ll get back to you as soon as possible!